The Nuon Solar Team has again won the Sasol Solar Challenge, the race for solar cars organized in South Africa. With their solar car Nuna9S, the Dutch team managed twice to recover a large distance from its nearest competitor from Tokai University (Japan), and reconquered the first place at the end of the race. The lightweight vehicle is made with a Beyone™ styrene-free resin from AOC.

The Sasol Solar Challenge South Africa is an eight-day solar race from Pretoria to Cape Town and started on 22 September earlier this year. The Nuon Solar Team participated with their Nuna9s solar vehicle, an upgraded version of the Nuna9 that won the World Solar Challenge Australia in 2018. The last days of the event in South Africa turned out to be very tough, with several technical and personal setbacks having an effect on the course of the race. Yet the end result was great for the Nuon Solar Team.

On the 1st day of the race the Nuna9s slipped unexpectedly and ended up beside the road. Fortunately the car was not damaged and could continue. However, after sunset a large storm passed over the camp site blowing away most of the tents and luggage, and even causing some personal injuries to some team members. Again the Nuna9s remained in good shape.

The race took a dramatic course for the Nuon Solar Team when two days before the finish it received a 117 km penalty from the event’s Organization for an unintentional mistake by a sick team member. He had accidentally put his luggage in a car of the Tokai team. The penalty obviously helped the Japanese team, while the Nuon Solar Team lost the lead. 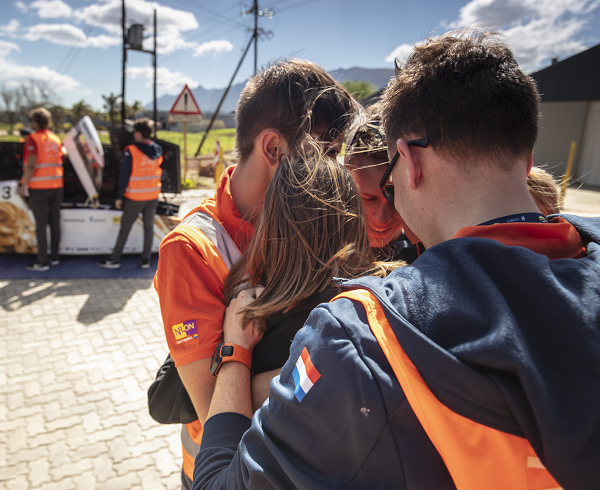 The Nuon Solar Team did not take the bad situation for granted. The team was able to effectively recuperate and ultimately drove a distance of 4030 km in eight days under the South African sun. The Japanese team was second, achieving ‘only’ 3941 km. "We really gave everything we had in order to win this race," said driver Martijn Hoogelander (22), driving Nuna9S over the finish line. "We are truly thrilled that we have been able to stay ahead of our competitors and take the team to victory again."

The team responded euphorically to the victory. "It was a race full of setbacks, but the whole team has shown a lot of resilience”, says team leader Jelle van der Lugt (24). “We continued to have confidence and were committed to Gold!”

The construction of the Nuna9s vehicle was done by the team at the Polymer Science Park in Zwolle, next to the AOC R&D Center. AOC supported the Nuon Solar Team with innovative composites application technology, and provided hands-on support in manufacturing. The construction is stiffer, stronger and lighter compared to previous Nuna versions, which means a faster, safer and more energy efficient car.

The Nuna9s was made with Beyone™ styrene-free resin systems used in combination with TeXtreme® carbon fabrics (supplied by Oxeon). These sustainable Beyone® resins feature close-to-zero smell and solvent emissions, and are environmentally preferred alternatives to conventional styrene-based resin systems. The result is a superb Nuna9s vehicle that combines light weight, great aerodynamics, and dimensional stability at elevated temperatures. 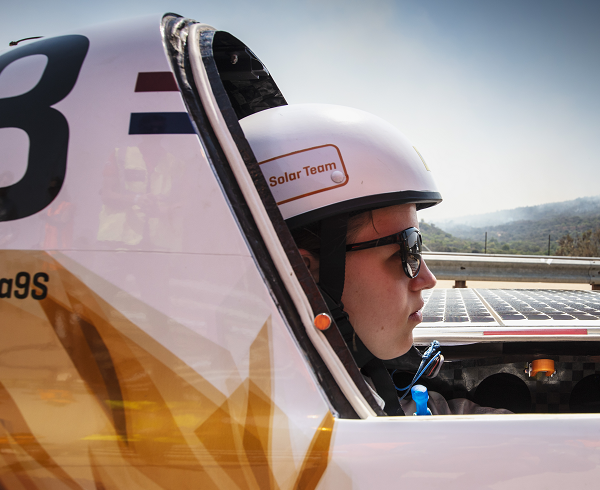 The official aftermovie of the Sasol Solar Challenge 2018 can be seen in this video: